Play it now at itch.io

Just Another Day is an environmental narrative game set in 1940’s Poland. The game focuses on Nadia, a 10-year-old girl forced to face the realities of war. Her denial of a recent traumatic event causes Nadia to create a much happier reality in her own mind. The player is given free exploration of Nadia’s house and can interact with various objects. Certain key objects trigger memories for Nadia and these objects tell the core narrative of what happened before the beginning of the game. Other secondary objects flesh out the world and the main characters.

I designed the layout of the house, the lighting and effects, and the sound effects. I also had a hand in scripting certain events. I helped write the dialogue that plays when the player picks up a key item, directed the voice actors, and edited the voice clips.

Originally, we intended for the game to span multiple chapters, all within the same environment. These would take place over one year, showing Nadia’s home life getting worse and worse from the war. This proved to stretch the story we wanted to tell too thin. After testing, we realized it relied too heavily on players performing actions in a particular order.

The original layout was also confusing for many testers. It was difficult to navigate and the rooms felt too cramped. I changed the layout to an open concept design so that it was still
anchored to the main kitchen/living room, but felt more like a cozy home. This also ensured that there was always at least one key location in the player’s view.

The team took our existing systems, environment, and art and restructured the game and story to be played in a single level. We created a shorter, denser game that focused on player exploration and exposition of past events through objects that the players could discover for themselves.

We wanted to show Nadia slowly coming back to reality as she found items that forced her to accept what happened. When the player picks up a key item, the environment gradually changes to match reality. The bloom decreases, the lighting changes from warm colors to a dark blue, and rain effects and sounds begin to play. When the player collects a key item, the room transitions from a bright and neat layout to a messy room that appears as if it had been searched through.

Duration: 3 yearsPlatform: Android, iOSTools Used: Unity, Photoshop, Illustrator I was responsible for building, animating, and optimizing 70+ saga maps for the mobile game Two Dots based on the provided art. I also wrote tools that allowed me Read more… 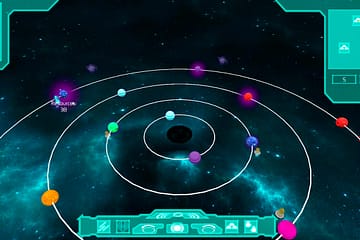 A tower defense game where you lose towers as you progress.

Protect yourself from the spirits of the forest and find your missing parents!